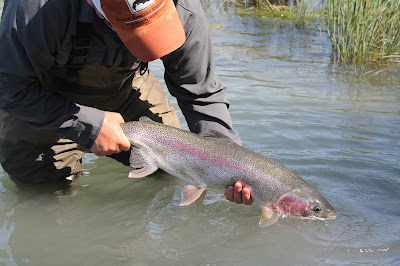 It was a cool July morning on Alaska’s Kenai Peninsula when we made our way onto the drift boat. Pure adrenaline and excitement had taken over as the 30” Kenai River rainbows we had been dreaming of became a distinct possibility. Thoughts of fly selection fill my mind as we made our way out into the fog. I had spent the night before carefully assembling a fluorocarbon leader and tipping it with the only prince nymph I felt worthy of these legendary Kenai River rainbows. I cannot deny the initial disappointment that came over me as Alaska Troutfitter’s Guide Eric Perkins handed me a 6 weight yielding something that looked like it came off a 6th graders friendship bracelet. I am by no means a fly fishing purist but had a hard time believing that some of the largest rainbows on earth were going to fall victim to these gaudy pieces of plastic. I think he could sense my disappointment as I grabbed the rod from him. 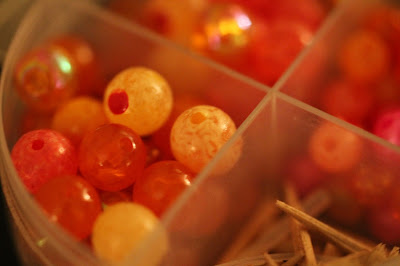 As we began our decent into the canyon, I couldn’t help but look over at the other drift boats and wonder if they too were using such unrefined offerings. Our guide carefully navigated around a few boulders and instructed my wife, Kim, to “hit the shot” on the far current seam. She rolled out a large cast and as soon as she mended her indicator dipped below the surface. I caught a glimpse of silver as the large fish rolled beneath the surface. I guess that bead fishing was starting to grow on me, but it took several large rainbows of my own before I completely bought in. Throughout the day, our guide would reach into a rubber made tool box and pull out different colors of nail polish. He would change the shade of our beads to match the stage of salmon eggs in the river. Alaskans are serious about bead fishing and for good reason. The original owner of Alaska Troutfitters, Curt Trout, was one of the first anglers to experiment with plastic beads. He would train guides by having them paint beads that would later be taken to the river and compared to the real thing. They would drop different beads amongst salmon eggs until the apprentice and Curt could not tell the difference. Curt Trout has now passed on; however, the shops new owners, Dusty and Billy, have continued on with his legacy of being well versed in bead fishing. The secret bead painting room is only accessible by two employees. Their trademark way of painting beads to achieve that perfect molted swirl is known throughout Alaska. While we didn’t end up hooking a 30” rainbow, several fish over the 20” mark started a love affair with bead fishing that would travel back to my home streams on the Great Lakes.
In the past few seasons, I have really gained confidence in bead fishing. Last fall, during my annual pilgrimage to the Pierre Marquette River, I couldn’t help but try them on king salmon. We had absolutely amazing results. On previous trips we would start our adventure several hours before daylight, casting minnow baits in complete darkness. Once the sun came up we would fish through holes using cut skein. By afternoon the bright skies would eventually cause the bite to die off. This year we found bead fishing could extend this notorious morning bite late into the day by simply downsizing from skein to beads. We were amazed to find how light these kings would bite during the afternoon, often times just causing our floats to pause or drift sideways for a moment. Even with bright bluebird skies they could not pass up a single egg drifted past them. 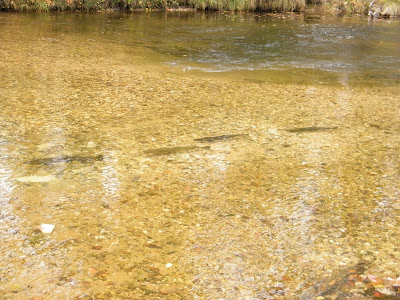 On Lake Superior’s Bois Brule River local fly patters like the glimmer soft hackle, spring wiggler and Lake Superior x-leg are considered the norm for steelhead. We found many willing steelhead using… you guessed it, beads. Actually they worked so well on this gin clear, spring fed, trout stream that they have become my confidence bait here on my home water. Fall is a great time to use smaller beads in caramel roe or apricot to mimic the many brown trout eggs washing downstream. Spring runoff will muddy up the water and colors like chartreuse and tangerine really shine. Runoff that contains a lot of red clay is common on Lake Superior streams. Chartreuse and yellow beads will often look far more natural than any shade of orange or red in these conditions.  Opaque colors of nail polish can give eggs the mottled look like they have been in the river awhile. Small drops of pink, orange and even black nail polish can further refine offerings, imitating a nucleus. I was a skeptic at first but have since found that the possibilities are endless for imitating the common egg. I now sometimes find myself on all fours inspecting eggs lying on the bank or boat floor trying to match the hatch. 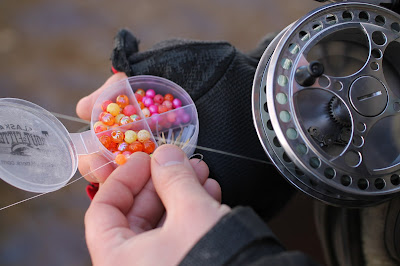 When trying to match the egg hatch, I try to keep in mind the size of eggs fish are feeding on. If fish are feeding on eggs from steelhead, sockeye, suckers or whitefish, I tend to start with a 6mm. If fish are feeding on eggs from pinks or silvers, I start with an 8 mm. The largest I personally carry is a 10 mm and I use these when fish are feeding on larger eggs from king or chum salmon. The other important factor is color. Matching bead color to the color of eggs that fish are feeding on seems like an easy task; however, several factors come into play. Keep in mind the time of day and available light penetration, color of the water, amount of sediment and if runoff is stained from tannic acid swamps or red clay banks. All of these factors can make the bead look different underwater. The easiest test is to inspect beads underwater before drifting. This allows you to make adjustments and also check visibility. As a final test, I hold beads up to the sun to look at how the light passes through them. I have found that translucent beads catch more fish. The secret lies in making the bead translucent but not so shiny that they spook finicky fish. The last but certainly not least important factor to consider is the stage of the eggs the fish are keying in on. Eggs change color constantly as they develop into the alevin stage. The nucleus that is originally present changes over to two distinct black dots as the embryo is formed. The embryo will then begin to form a darker red yoke sack along the bottom portion. In the later stages, eggs look white as the embryo can be seen through the egg. When an egg dies and is washed downstream, it quickly takes on a yellowish hue. If it is plagued by fungus or algae, it will become green. Rather than getting too caught up in the details carry a large selection and change beads often until you find something that works. 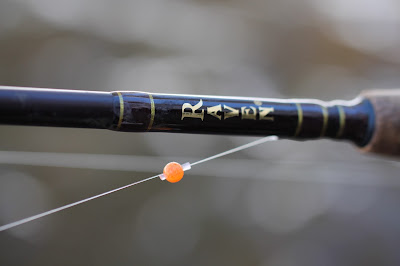 One of the great things about beads is how customizable they are. While Alaska Troutfitters’ Shop Manager, Laura, wouldn’t tell me any trade secrets she highly recommended a three step process. Painting with opaque nail polish will give beads the mottled look like they have been in the water. Another trick is to spray white or yellow paint into a paper bag, let the paint dry slightly, add beads and shake. This will achieve the same effect but is far less time consuming. Leave beads on a newspaper to dry and you are ready to fish. I have also been known to hand paint a nucleus, black dots to represent embryo eyes or a small red yoke sack spot on the bottom of beads. My final step is always to dip painted beads in Soft-Tex. This will give beads a softer more realistic feel and protect nail polish from chipping. 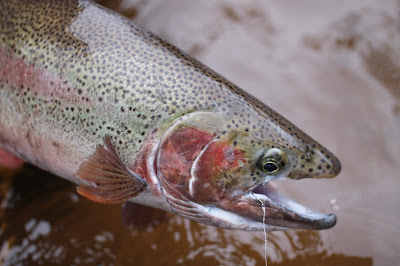 Rigging beads is not a difficult venture. Common practice is to peg beads a small distance above the hook. This will assure that fish are not hooked deeply. It also serves to hide the hook in clear conditions and prevents large beads from covering the hook gap. Beads can be pegged using a toothpick, small clear commercially available pegs, or tied onto the line using a bead knot. I have seen angler’s fish beads under floats, with strike indicators and along the bottom, all with great success. Make them work with the style of fishing you are accustomed to. 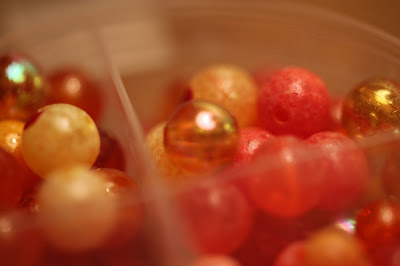 Bead fishing is here to stay and a valuable tool to add to your steelhead fishing arsenal. Experiment by painting different colors and changing throughout the day. You’ll be whipping up streamside omelets in no time.
Posted by Slab Seeker at 9:59 PM No comments: